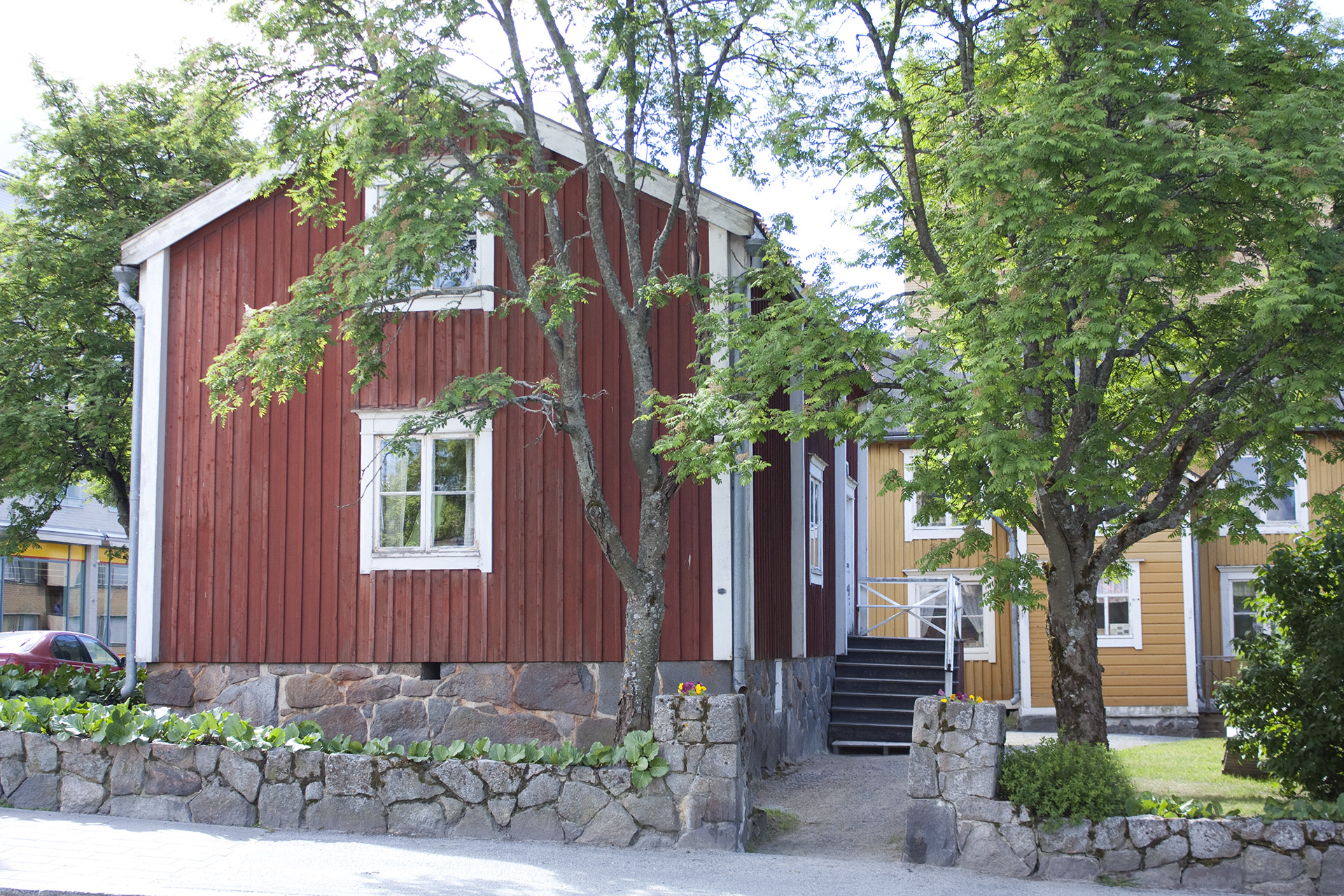 The private infant schools in Jakobstad are not all listed, but there is evidence that the number was about 40. Family girls without access to suitable jobs in the town were commonly pleased to be offered employment as schoolteachers. There were also male schoolmasters, but in smaller numbers. Teaching was often the only mean of making a living for people like Mrs Westman.

Anna Lena Envaldia, born 1744, later to be known as Mrs Westman (Westmansmor), came to Jakobstad from Sweden as the newlywed wife of sailor Johan Westman. Around 1780 Johan Westman was noted as missing in the parish register. Anna Lena was widowed, a cruel fate shared by many seamen’s wives in the maritime town of Jakobstad. Perhaps the thought of being a schoolteacher occurred to Mrs Westman as early as that. It is known that her mother-in-law also was a sailor’s widow, and her son Anders kept the tradition alive, going to sea only to disappear, leaving a young widow and a son. This supposedly left Anna Lena with the burden of being the main provider for the whole family.

In general, it was the schoolmistress herself who created the school. She would run her establishment without any municipal or public support, nor any interference from the authorities, providing locality, furniture, light and heating all by herself. Since there were many similar schools in town, it was necessary to show good and evident results of the teaching to gain the parents’ confidence and to ensure an acceptable number of pupils for the following years.

The school fee varied, in the end of the 19th century it was about two Marks a month per child. The number of pupils at each school was 10–20, depending on the size of the classroom. The course extension was sometimes one, but mostly two years. The schoolday generally lasted 4 hours. Principally, the pupils had to learn to read. Alongside the ABC-book with the laying cock, the catechism, the hymnbook, the book of biblical history and the New Testament were used. Furthermore, the training contained writing and the four fundamental rules of arithmetic. In some schools sewing and geography would occur in the program.

The reason for Mother Westman’s Cottage being the only private elementary school in Jakobstad to be preserved for posterity, may be the fact that it was J. L. Runeberg’s first school. After all, there were many establishments of this kind in town. Mrs Westman’s school existed between 1794 and 1828, being the first one known in Jakobstad. The teaching took place in Mrs Westman’s home, in a small room in the attic of her cottage. Mrs Westman’s aim in her schoolwork shouldn’t be considered as a way of raising the standards of public education, it was simply a means of supporting herself.